Ironically,  the rain in Spain  has not mostly stayed on the famous plain since our return from the rainforest! 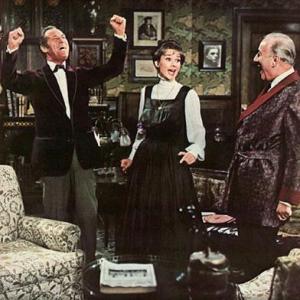 Here on the Costa Del Sol when it rains, it does just that –  and only that – for days at a time.

Sometimes the interminable downpours seem bearable only because one knows for sure the surging heat is bound to return – like a wasp to it’s nest – and in the midst of the formidable midsummer, when the sting of this season burns most apparent – these watery April days will seem long gone. A muted memory of a wet season past.

Rainy days and Thursdays always get me down.

So I am turning to our new computer for solace.

A generous gift from my lovely mum after she saw the Christopher Babbage model we had been attempting to use.

This afternoon, being wet and windy, seemed the perfect time to have a go on our new futuristic piece of kit, our first chunk out of the Apple! Or Apple Mac to be precise. 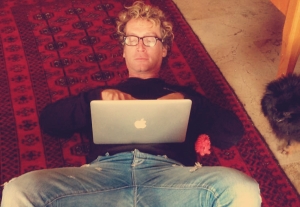 Today – I have spent hours unpeeling the way of the apple and I just cannot seem to get to the core of it. It seems to be taking the pith! I’m even resorting to terrible fruit puns. I have them by the punnet!  This Apple is driving me mad.  I’m almost be-cider myself!!

Strongbow, I mean, Longbow in hand, I could happily take aim at this plumped up little malformed Malus and fire ! Metaphorically of course.

It is frustrating trying to fathom out half of this technology we attempt to use in order to make creativity easier.

Pretentious, I know, but it does piss you off when you spend three hours attempting to right your wrongs rather than write your songs!!!

Whoever created this little monster needs to be taken by his ‘Cox’s Pippin’ and struck hard on his ‘Golden Delicious’!

Maybe then, he’ll think twice before making the recipe so bloody complicated.

I’m almost at baking point, sorry, breaking point.  I may just throw the thing against the wall – imagine …..

Andrew, who is upstairs, painting George Clooney (not literally sadly), has been forced to listen to my over dramatic huffing and puffing all morning, as I’ve attempted to negotiate the hidden viridian maze that is the Apple company´s ‘Help Centre’.

I’m quite certain it would have been quicker and vastly more effective to send a radio-signal into the depths of space and enlist alien intervention.

The only close encounter we have had with ‘Apple’ has been of the first kind. i.e. The point of sale!

Since then I have been scraping the barrel.  Lost in a wood of widgetry.  An orchard of obfuscation.  Been coerced into taking a byte of a device that is all,simply, too much for me.

I thought an apple a day was meant to keep the doctor away – I’m practically jelly.

But as Andrew has advised me, I mustn’t get my knickers in such a strudel   – it will all be apple pie and ice-cream very soon (cue birdsong).

We are to visit the Apple Store next week and meet with one of their fruity experts for some well needed Apple aid.  At which point I have resolved to maintain a calm demeanour.

This maybe quite a stretch, as at the moment, I’d like to have the entire organisation juiced!

A  non-sequeter I realise, but I may as well throw all my current niggles into the proverbial liquidiser whilst it’s still to hand.

This wretched company forced me to fly, long haul, without a seatbelt,  for thirteen hours through heavy turbulence, with nothing but a couple of Smirnoffs and the comforting hand of a friendly steward to stiffen my resolve!

Obviously I have since made my feelings clear to the company and I was thrilled this morning to receive an email from Sally of their ‘customer services’  team – it only took a month!

She apologised profusely for my near pin-ball experience over The Indian Ocean and assured me the belt had now been fixed.  A point I knew I should be relieved at, but I couldn’t help thinking that a bouncing biddy on the return leg would have done wonders for my compensation had the repair not been made.  Still, it was not to be.

Sally also added that she’d also added a few thousand points to our BA Executive account – which came as quite a surprise as we had no idea we even had one of those!

After a little excited research we discovered the reward our little BA booty would afford us!

It seems as though one of us should be able to get most of the way to Dunkirk  but would definitely not be able to make it back.

History has shown us this is probably not the wisest option!

As an alternative to this, Sally has informed me that we could use these limited  points towards an upgrade should we so wish.  Funnily enough, that is something that has crossed my mind recently – an upgrade.

Upgrading to some other airline next time perhaps.

Along with politicians. (I’m ranting I know – I blame the inclementness!)

Since arriving back from the East, these pompous pricks have been littering our TV screen from dusk til dawn. Today seems to be no exception.

Thirty-two inches of screen filled with nothing but Ed Balls!

Andrew and I are rather pleased that we seem to have missed out on many of their shennanigans. Especially the British General Electioneering happening at present.

The same old story of ‘us’ and ‘them’.  A strange social analogy that neither of us have ever fully understood.

After all, both Andrew and I have always been one of ‘them’,  yet we’re more than happy to live in a world of ‘us’  –  highly confusing!

The whole charade is most unappealing.

It is hardly a coalition – more a coalescence!  Of something quite unspeakable.  With most of the participants  treading water in the same stagnant political pond –   generally unelectable!

Still, it is interesting to return to Europe and catch up on some of the machinations here. The ‘EU’ issue continues  to loom large.

The big apple, as it were – with maggots a plenty.

To paraphrase a wise old bard, something is definitely rotten in this continental compote!

A truly terrible triptych for such a miserable day – I really could lose my mind.

I should be alert to such things, as my dear, late father suffered severly from such a condition and I often worry about a predisposition  I may have  to do the same at times.

Poor dad  was labelled ‘Bipolar’ and spent much of his life exploring both Poles – extensively.  Sadly, with much less expertise than, say, Captain Oates.

In truth, the only thing father ever shared in common with that  ill-fated adventurist was that, he too,  was also gone for quite sometime!

No I shall not be following in their footsteps today.

Instead I shall remain calm.

Switch off the ghastly MPs.

Turn off the irksome computer and return to a state of almost normality.

And for diversion,  I may be tempted to take inspiration from good old ‘Eve’.

After all, she had a very different take on the ‘Granny Smith’.

So it’s off up the ‘Apples and Pears’ to help the apple of my eye with his easel, before Gorgeous George pips me to the post.