Almost Clubbing On The Rock !

And so we turn to the business side of the showbusiness that is  ‘The Lola Boys’….

As Andrew continues to talk of seating plans, menus and ‘welcome drinks’,  I force myself to try not to, forcefully remind him, once again, that he is an entertainer – Not Gordon fucking Ramsay !!!

But my wonderful partner in rhyme, has a terrible habit of turning into Alex Polizzi – the most famous hotel inspector in the world – whenever he’s negotiating a gig. 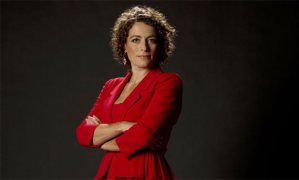 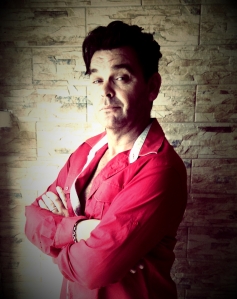 I’m convinced they were seperated at birth.

I am of the opinion that when we have a professional engagement at an eating establishment, it is not the job of the chef to sing. Nor is it ours, to instruct him on his culinary art.

Each artist should be aware of his creative responsibilty, be it, sizzling on stage or doing the same in the kitchen, only over a griddle!

Why anyone should envisage a glass of warm, ordinary, cava shoved into their palm at entry as welcoming – is beyond me.  But then  I am a champagne blonde!

Still, my husband literally bubbles over when engaging himself in organising engagements, so  who am I to flatten his effervescence?

Each to their own.

I, however, am presently fizzing in a different manner.

‘The Lola Boys’ hit Gibraltar Rock on Wednesday and were fairly lucky it didn’t hit us back.

There was a rather stone age feel at the end of our gig in Ocean Village.   Not inside the lovely venue I must add, where our wonderful audience had shared a marvellous night with us, but outside.  Dockside !

As I stepped out, post-show, to take some air, after a particularly rousing ’New York , New York’,  I was first met,  by prehistoric man.   Or rather –  prehistoric men.

I presumed they meant me.

I was  manhandled into a very compromising position, an event I wouldn’t usually make complaints about, but on this occasion, it was most uncharming.

‘Fred and Barney’ roughly pushed me into shot with the reticent drunkard, who kept pushing me away in a most primeval manner. Had he not mislaid his trusty club, doubtless in some musty pub, I’m sure he would have used it. 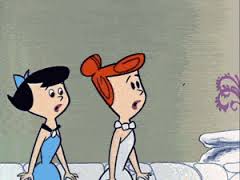 ‘Wilma’ and ‘Betty’ looked on stony-faced , as their primitive partners displayed their antediluvian exuberance for all to see.

Only as an exhibit!

And the obvious disgust the poor boy displayed at being forced to have his photo taken with a ‘bender’ was so terribly childish.

This yound man was obviously not in touch with his feminine side, and certainly, even less so, with the masculine part of himself.

The only thing sure about him was his deodarant!  And he wasn’t wearing enough of that!

I have a sneaking suspicion that in a couple of years’ time, this meat-head might be doing just that.  Giving meat – head !

Methinks the youth did complaineth too much, if you catch my drift. There was definitely something a little queer about his ultra aggressive behaviour.

After I assured him, and his over-handy companions, that I would get more pleasure in chewing my own nipple off than even contemplating any romantic entanglement with said company, they got the picture!  Literally!

Although that wasn’t quite how I put it at the time!

Oh well. You always get one cock on ‘The Rock’!

Or in this case, a primordial prick!

Luckily the rest of the place is usually most friendly and  very welcoming, much more so than the aforementioned drink I started this piece with – so we are rarely made to feel unwelcome  when
performing by the drink he

And even if we were, in the eloquent lyrics of another song in ‘The Lola Boys’ repertoire,

We are what we are !

And  if you don’t like it  –  go crawl back under the rock you came from.

Or better still – bugger off  back to ‘Bedrock’!

In the immortal words of William Hanna and Joseph Barbera,

You know you’ll  just love it !