Her crown maybe glitzier, her gown may have more sparkle. Yet her face is almost unrecognizable. Lifted, filled and bulldozed to make up an entirely different visage to the one I met here, almost twenty years ago.

Lucky enough to be sailing and performing on The Q.E.2., we docked here, on the Saigon River,  on two magnificent occasions.  I recall such a colourful connurbation, full of oriental mystery, not to mention some mysterious orientals. 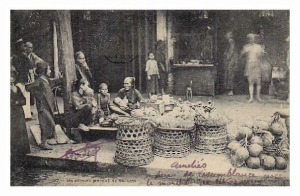 My great friend, Becky and I, had a thrilling time, being pedalled around the ancient, incensed streets, by Ting, our trusty rickshaw pedlar. At once engulfed in narrow, smoky, lanes of boiling, mammoth pots containing unthinkable cuisine. Animals pulling carts of exotic produce, and children and chickens and dogs, and what seemed like a million other vibrant and virulent actors all adding to the richly foreign pantomime.  We fell in love, there and then, with Miss Saigon.

It was the Saigon I had imagined a few years before, when I saw Andrew at his brilliant best, starring in the show of the same name, at Drury Lane. 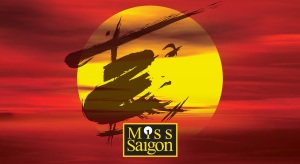 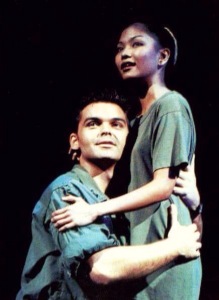 And now, I have returned. I have searched in vain for this former enchantress.  The bygone Saigon.  But she just doesn’t want to show her hauntingly, nuanced face.

Sometimes, all cosmetic surgery seems to do,  is mask the true beauty, however uncompromising, that was once plain for all to see.  Seeing the change in Ho Chi Minh City today, does little to make my face lift! 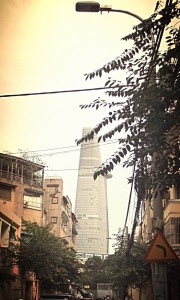 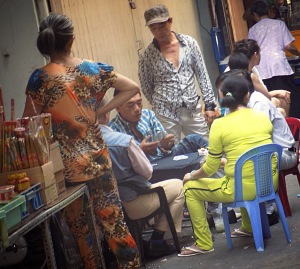 There are still some character lines to be discovered here, if one looks hard enough.  Alleys of exuberant decadance, where a plethora of temptation and illicit goods, are available for the bad.  All at a haggled fee, of course.  Canals and rivulets of artful iniquity, flow like subtarreanean waterways across the town’s old boat race.  But these tributaries of tribulation are few and  far between.  The old laughter lines I remember, have been cunningly erased.  The warts expertly excised.

Or just blasted into submission ! 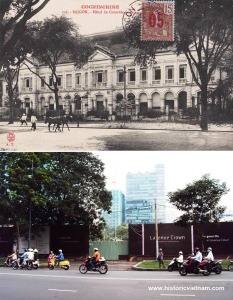 And if you are lucky enough to spot one of the broken veins that reveal this city’s former bones, Lady Chi Minh turns, all too swiftly, to give you her good side once again.  Seemingly underconfident in her once, magnificent bone structure. 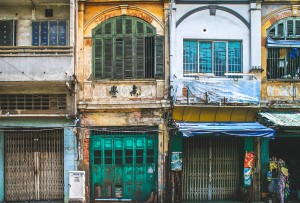 The odd pocket of grand, French, colonialism can still be found, as one stumbles across a faded parade of shophouses, or a wan pastel mansion on a shady, tree lined avenue.  But there are less of these dinosaurs now,  crumbling discreetly, like antique, Gallic, gout-ridden, dukes. 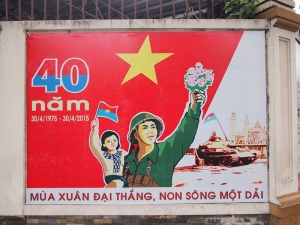 Despite the rampant, and sometimes, irritating commercialism that is ever present here, the city still feels like she’s had a rosy, red, facelift!

Her brash, near-perfect, Hollywood smile disguising some of her less palateble home-truths.

The Vietnamese government control every news outlet in this country. 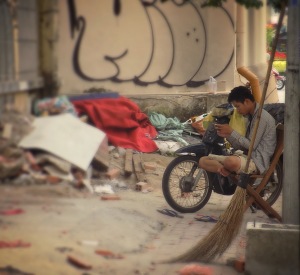 Every television channel. All of the press is state managed too,  and the government imprisons anyone who dares to sling mud in it’s face.  Including bloggers !  At least a hundred writers were banged up last year for simply having a point of view.  Not such a pretty face now eh?

There are always several facets to every major world city.  So it is not surprising the reigning Miss Saigon is ever so slightly two faced. 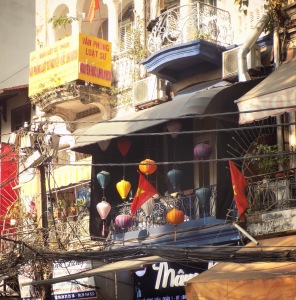 But I prefer the old, fading, beauty queen of a town, when I was a gentleman caller in my prime. She definitely wore too much slap, and was less, well, red!  But she had a surfeit of eastern promise and allowed her resident scribes much more expression. 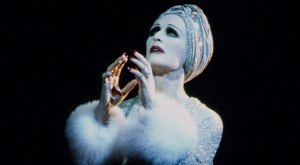 A Miss Saigon played by Norma Desmond.  Always ready for her close up – however revealing!

As much of my acquaintance will know, I am the first in line for a spot of Nivea and a touch of peroxide.  After all,  everybody can sometimes do with a little tarting up in some districts.  A little gentrification can do wonders for a tired surburban face.  But major surgery?

Is almost every, up and coming, oriental starlet of a city, destined to metamorphosize into every, ordinary, aging, L.A. Socialite ? 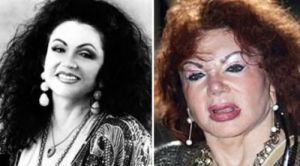 Yet it seems another urban, oriental, grand-dame is to slip disgracefully into old age.

Out with the ancestors. In with the new !

What a load of old botox! 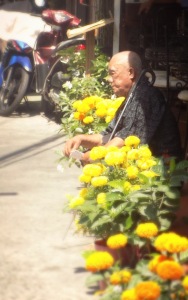