I thought I should end the shaggy dog story – it only seems fair.

Loula is good, she is a strong girl with genuinely caring owners – though sadly, there  is a twist!

When we first encountered Clarence, her master, and his gorgeous family – we explained all – one of his first questions was, what colour was the man on the bike?

This seemed odd to me, but he went on to elucidate….

There are four main ethnic groups living side by side here in Malaysia.

The Malay, who seem to run things; the Chinese; the Indians; and the Orang Asli – the indigenous people, who, ironically, as the name suggests, were here first:  a  tribal group, much like the ‘Aborigines’, where many are struggling with drug and alcohol dependency.

I explained that the guy who was thrown from his bike was very brown – the blood that was pumping from his foot and his knee was was almost imperceptible. It was only when it spilled over me that the claret was obvious!

From this information, Clarence discerned that the bloke must be from the Orang Asli. He thought this a good thing, as he imagined he would just need to pay for the damage to the victim’s bike.

Apparently the other ethnic groups thought of Clarence  and his family as just ‘Chinese’ and would treat them accordingly – i.e. Come down on them like a ton of yellow bricks!

Clarence went to the hospital of his own volition and easily discovered the identity of the biker. It is a small place in The Cameron Highlands, he knew there would be recourse if the matter wasn’t settled, and his conscience wouldn’t allow him to leave things be, as many would in ‘The West’.

He went to the home of the young man  and offered recompense for the damage to the bike, which we knew to be only a broken wing mirror.

Sadly this was not enough.

The crafty guy, now limping, rather dramatically, on crutches, seized his moment and demanded a large payout – much more than Clarence and his clan could afford.

He is, after all, a farmer, for fucks’ sake!

When Clarence explained his position, the injured party and his bullish family said they would come to his home and kill the dog and the rest of his family  if no more cash was forthcoming.

Ironic really, as the unobservant, drunken idiot had almost done that in the first place.

Clarence came to our hotel room, most upset, asking if we could accompany him to the police station. And so we did. 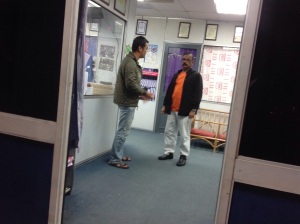 The detective was fairly useless and had no intention of listening to anything he, or we, had to say.

That is until I put on my best colonial accent, and intimated I had close friends at Scotland Yard.

Both the accent and the friendship were entirely disingenuous!

Still, it worked. The copper listened.

Clarence thinks we made some difference – perhaps he got off with paying a little less, and his family, and Loula, for now,  remain safe.

Still this seems a strange and unusual way to secure  justice, but it appears to be the way of the world here.

Money talks! And on this part of the globe, at a very high volume! Everybody can’t help but listen!

We have now moved to Kuala Lumpur, where cash speaks in an entirely different manner.

Shops, shops and nothing but shops. Armani, Gucci, Tiffany!

We feel mauled by malls! 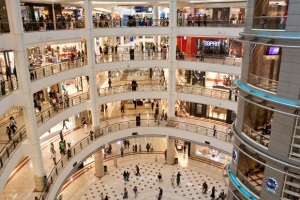 They must be the best in the world.

New York, eat your heart out.

Yet, the disparity with what we have just witnessed, is all too clear. 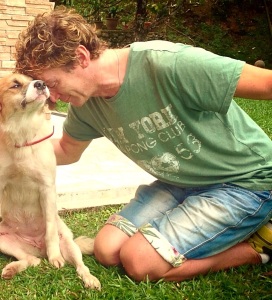 Rant over –  this is a great city – but we’re still barking mad!