Malaysia has revealed herself to be a country fecund with Oriental unexpectedness.

The famous food in the scruffy ‘World Heritage City’ of Georgetown, for which we were longing, proved to be somewhat disappointing and sometimes inedible. 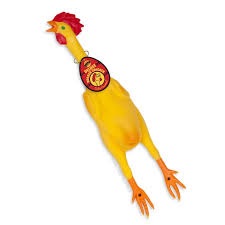 We found this irritating, as stuffing ourselves is a subject both close to my own and Andrew’s stomach!

The population, on the other hand, we have found utterly delicious.

By that, I probably mean, most of them have laughed at most of my jokes.

So with an empty belly and a very full ego, we set off into the interior for Ipoh.

The unfashionable ‘third city’ of this amiable country.

An untouristic haunt, whose name derives from a tree that grows here from which the native population once made their poisonous darts! 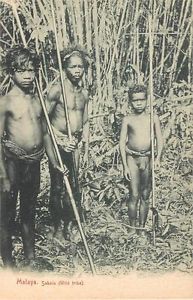 I had read in ‘The Lonely Planet’ that the town was ‘up and coming’.

When our more than amicable Indian cabbie Ravi, informed us, on route, that we were staying at the hotel opposite ‘The Hollywood’, the most infamous brothel in town, I realised what the guide book had meant! 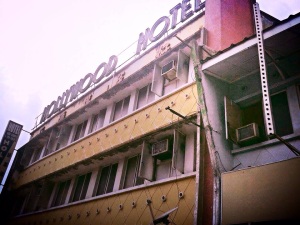 Ravi went on to say that he was very dubious the said ‘establishment’ had ever made any stars.

At my first glimpse of her through the taxi window, I seriously doubted that.

I’m quite certain this old tart of a building has made many! 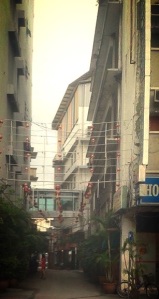 Ipoh may be on the way up, but she certainly hasn’t arrived yet and I must say, she’s all the better for it! 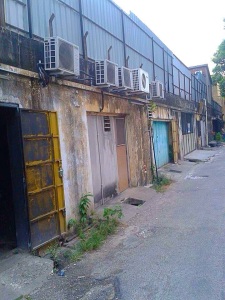 Of course, we’ve only been here for five minutes but we feel terribly welcome.

We left our slightly ‘Soviet’ lodgings  early evening for a humid stroll – rats and the like as our companions – not all of them quadrupeds I might add!

And we were enthralled.

Tawdry and filthy, she may well be, but this city has great appeal, especially after the sterility of Penangs’ blowsy ‘Batu Ferrenghi ‘ with it’s unswimmable beaches.

Dirty, jellyfish-ridden and flooded with inexperienced, underaged jet skiers, threatening anyone who dares enter the water with the same fate as that of the unfortunate singer Kirsty Macall.

No.  This appears to be a city into which you can jump straight into the deep end and not worry too much about being stung!

And so we have.

After a wonderfully unconventional ‘Byriani’ containing mounds of extremely flavoursome gristle,  accompanied by a ‘beer’ neither of us 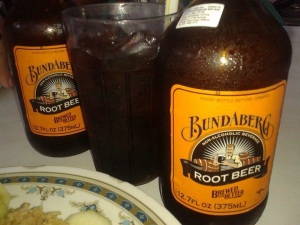 would usually choose – Andrew lead us to a den of iniquity he’d already discovered,covertly,  within minutes of our arrival. 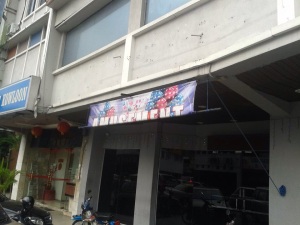 Armed only with our very expensive ‘7/11′ Special Brew and thirty quid each we headed into the dim, noisy dive.  The former, respectfully secreted inside two carrier bags to avoid any outrage – this is a Muslim country after all.

Three hours later and having had a marvellous time with a quite unsavoury, yet incredibly friendly bunch of fruit-machine addicts, we left.

Andrew in possession of the jackpot he had won. The very respectable sum of over one hundred and forty four thousand’Malay Ringitts’. 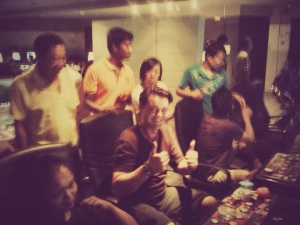 This has been a very fortunate occurrence because due to it being the Chinese New Year here, hotel rooms have tripled in price! 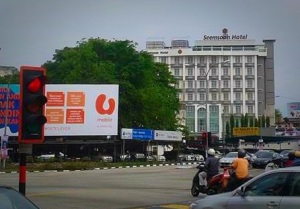 Even ours – the austere ‘Seemsoon’ is charging prices akin to The Ritz’ –  well, the one across the road! 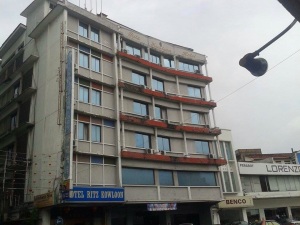 But Andy loves it here already – so it doesn’t seem we’ll be vacating ‘The  Seemsoon’  anytime soon.

And as it’s my birth year coming up tomorrow. 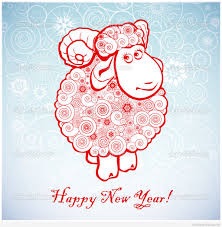 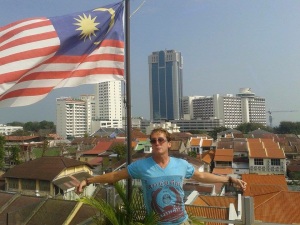 After all,I’ve always  known it as ‘The Year Of The Ram’!