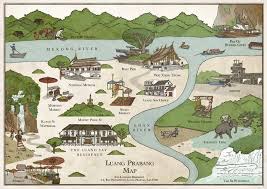 Goodbye Luang Prabang, or as Andrew insists on calling it, ‘Prang Labang’!

I’m still clinging on to the possibility that he’s doing it for comic effect, but after a week here, the joke is starting to wear as thin as a stale ‘After Eight’ mint!

We shall miss this little ‘town’.

Some who visit loathe the mix of Mekong and marketing, but we’ve seen much, much  worse.

We’ve had our moments but most of them have been great ones.

The French influence has been ‘merveilluex’! Even if the French here, ‘under the influence’, have not! 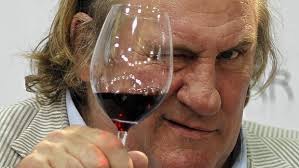 There I go again, xenophobia kicking in like a ‘Rampant Rabbit’! (I’m told they’re powerful).

Don’t worry I would never name and shame.

Andrew tells me every time I blog rudely about a particular nation we lose ‘likes’ on our Facebook page. Oh well,

Yet, it continues to surprise me, that travel does not seem to broaden everyone’s mind – sometimes, only their ‘Tete’ – Excuse-moi – I mean, their head!

And so with a heavy heart and a big welcome to our ‘Twitter’ followers ( who have just joined us – as The BBC so often likes to say), we leave these enchanting ‘environs’ and head South!

We have an aeroplane to catch tomorrow that resembles one of those polystyrene gliders you assembled when you were a kid. 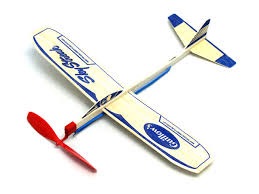 It appears to require only an elastic band and a steady hand to get us airborne!

It’s all very Tintin and Captain Haddock – although Andrew has no idea he’s playing the part of the latter. 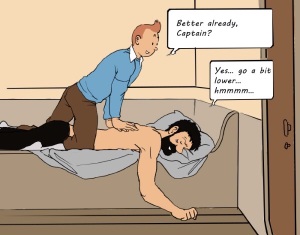 The said aircraft belongs to the airline, ‘Lao Air’ which has one of the poorest safety records in the world, and I believe we’re sitting as far away from the emergency exit as it’s possible to get!

Mind you, with only twelve passengers, that probably ain’t far!

At least they’ll be no need to remove one’s heels before hitting the emergency slide – there isn’t one!

None of this have I imparted  to Andrew.

I just told him the price of the flight, and he grunted his approval, mid-siesta. Always the best way when talking one’s partner into flying with Sleazyjet’ or a similar airline with a bad ‘altitude’!

Neither of us are ‘natural Flyers’. In fact, we’re normally like ‘Burton & Taylor’ after a long-haul once we reach tarmac. 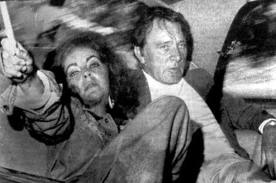 Only not as glamorous, and far less sober!

But everything is in hand.

After visiting the equivalent of ‘Boots The Chemist’ (i.e. The extremely helpful little pharmacist up the alley behind our guesthouse, who has a look of Ruby Wax), I have just the thing for the journey.

I have been eagerly furnished with a selection of pills and embrocations straight out of ‘Wonderland’. Although, I doubt whether that gullible, dumb, up-herself Alice, would swallow any of ’em!

They’re certainly ‘curiouser’ than anything you’d find on the ‘high-street’.

However, I have been assured by ‘Madame Wax’, that they are just what is needed for our first flight with ‘Lao Air’.

I fear she speaks from experience!

By the time I’d left her shop, I felt as if I’d paid a visit to ‘Woolworth’s Pick ‘An Mix’!

I was in possession of a rainbow of remedies that would probably have shocked even Amy Winehouse! 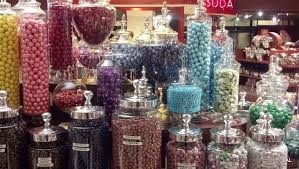 Of course, we won’t take them, well not all of them, not all at once, that would be far too ‘Willy Wonka’.

But then, from what I’ve been told, and since read, we may be better off flying in his ‘Great Glass Elevator!’

When I administer ‘Madame Wax’s’ more than comprehensive prescription, he’ll think he got there via that particular mode of transport anyway.