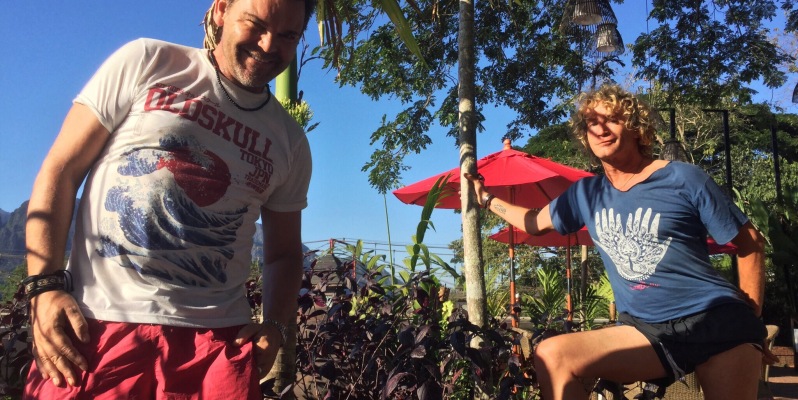 The five-hour ride through Laos was striking, but as the mini-van juddered and bounced along some of the worst roads he had ever ridden, Paul arrived in Vang Vien stricken!  Admittedly, there had been a rest stop on route, when Andrew had smoked eight cigarettes and Paul had emitted eight pints of something brown from his gullet. He thought he had done rather well, as he had managed to hold back the vomit for at least an hour and a half on the bus, no mean feat, considering as there […]