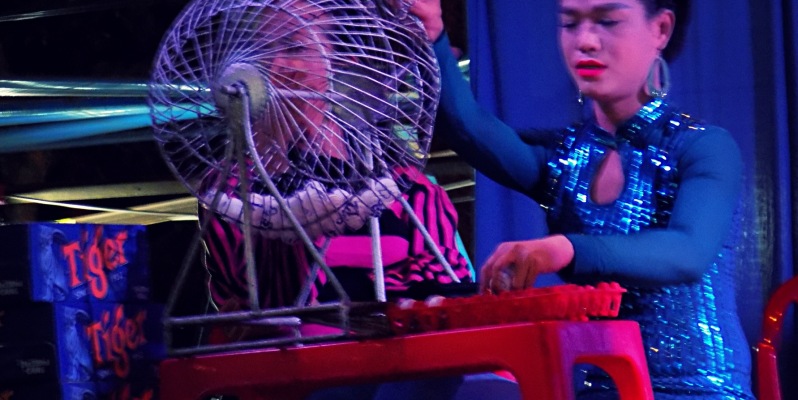 Con Son, also known as Indochina’s Devil’s Island, is the main isle of the remote archipelago of Con Dao, lurking quietly,  far out in the turquoise South China Sea, just off the coast of southern Vietnam. Today, it is mainly visited by northern Vietnamese war veterans, who had once been incarcerated here during the infamous American campaign last century. They come to pay respects to their fallen colleagues and, I imagine, in an attempt to reconcile themselves with the brutality they were forced to endure here. It was The French […]

I learnt yesterday that St Nicholas, as well as knocking out a few pressies, is also the patron saint of children, sailors and prostitutes!  So it really is the season to be jolly. And to sell oneself.  Which is fortunate, as Christmas, for a performer, normally consists of plying one’s trade.  In the past this has usually meant appearing in a rather saccharine family show or slapping a thigh in pantomime. Andrew was Lily Savage’s right hand man on many occasions . They also did panto together! Andrew sporting his winter duvet! […]