The Lola Boys Split Up!

I awoke at dawn’s crack, which to anyone who knows me well is quite unusual, whatever the connotation! I packed my trusty, happy-snappy Nikon into my rucksack and set off for the ancient city centre of Hoi An in central Vietnam.

I knew that if I were to take anything even resembling a decent picture, I would need to beat the busloads of bustling day-trippers who descend on the place each day after breakfast, turning the quaint narrow lanes into a scene akin to The Hajj in Saudi Arabia. 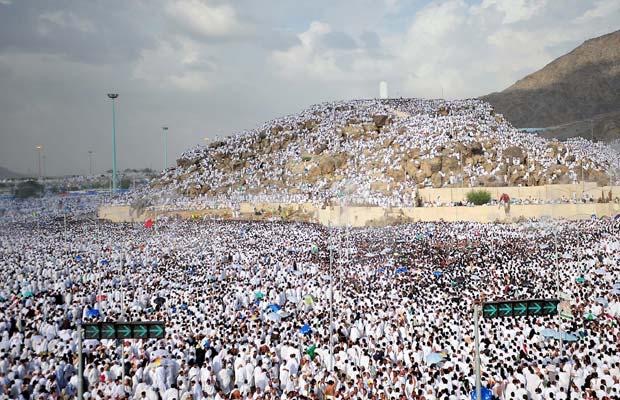 After all, Hoi An is a Mecca for historians, sightseers and shoppers alike, and once it’s population grows to literally a thousand times that of normal, it is most in-conducive to finding an atmospheric scene to capture. Unless that is, the photographer is after a multitude of shots featuring the multitude fencing each other with their ‘Selfie-Sticks’, parrying one another for the best angle of fisherman angling on the river. It’s a sight to behold.

Fortunately, when I reached the historic part of this beautiful town, and crossed the wonderfully restored Japanese, covered bridge, I found myself  almost alone. Just me, an incredibly placid road-sweeper, and some equally chilled out dogs who were just coming round from their dreams of Pedigree Chum, or whatever it is that constitutes a canine diet in Vietnam. If it’s at all similar to their human master’s, I shudder to think! 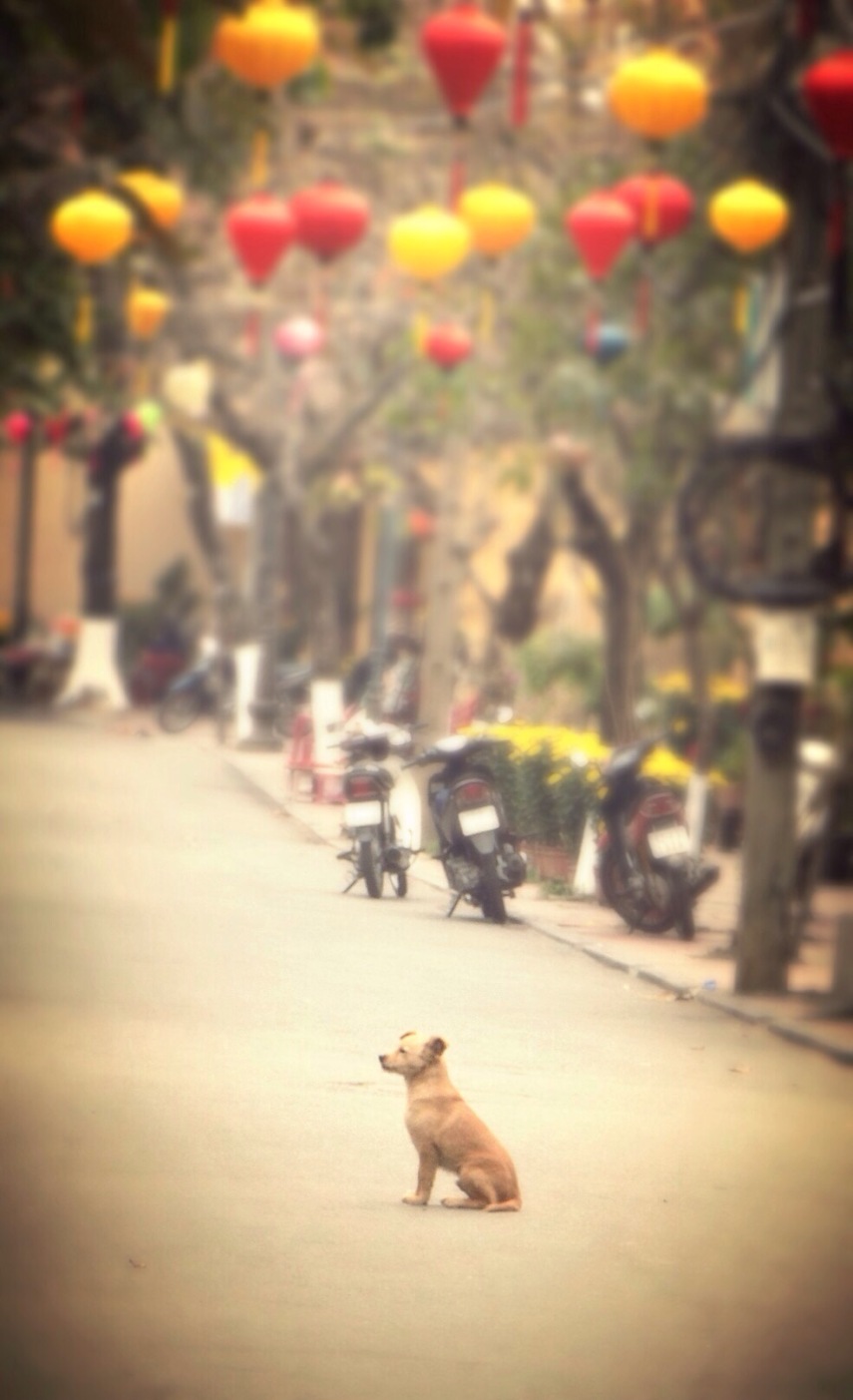 All at once I was transported to a world of ornate rickshaws and colourful robes, as incense and the faint sound of a classical symphony wafted toward me along the artisanal avenues. A bird perched daintily in a Fraginpani tree sang along and for a few moments it was more than sublime. It was truly magical.

I was lucky enough to spend at least an hour ambling around this little miracle of a city before the twenty-first century began to rear it’s ugly, industrial head. I was so fast, after the particularly potent coffee they brew here, I could have exposed every 60s model quicker than David Bailey, and taken their photographs at the same time! I felt what others describe as blessed. This has to be one of the prettiest urban settlements in the world. Even after the chattering masses arrive, her spirit and radiance cannot be completely obscured, she is too much of a classic beauty – the Sophia Loren of Unesco world heritage sights.

Of course, this town is so chocolate-box picturesque, that even the most myopic could pick up a ‘Box-Brownie’ and create a mini masterpiece. As photographers say of the camera-friendly Kate Moss, when she steps in front of the lens, half of the work is done for you.

I was only to realise, later in the day, just why it had been so unusually peaceful on my anti-meridian stroll – it was a public holiday. And not just any celebration, it was the first full moon after ‘Tet’, the Vietnamese New Year.

The same evening, Andrew and I decided to cross the river to see what was on the other side. Absolutely no chance. On both banks the thousands of revellers swarmed like excited honey-bees, each bearing fiery, paper lanterns to place onto the river to assuage their queen, the great silver moon, who beamed down with an extra fullsomeness upon them.  The meandering water was alight with lighters and their crews taking in the romance and mysticism of this spectacular scene. The Thu Bon river itself awash with candlelight as the lamps made their way downstream. It was mesmeric.

We did not stay for long however, as Andrew is not the best when it comes to crowds, and after being carried involuntarily for about half a mile with the current of excited drones, desperate to launch their light craft offshore, I piloted him to the relative safety of a crowded back street, where at least we couldn’t be inadvertently drowned. I’m actually quite good rubbing shoulders and other parts with a vast number of humans, but even I had a slight panic to head for the lifeboats during this loony, lunar siege.

Definitely a once in a lifetime experience, by that I mean, we won’t be doing it again!

The following day we hired bikes. Well, I say bikes, but really they were medieval torture instruments with saddles! We were forced to stop for coffee after only ten minutes, or we may both have lost the ability to jump into the saddle ever again! 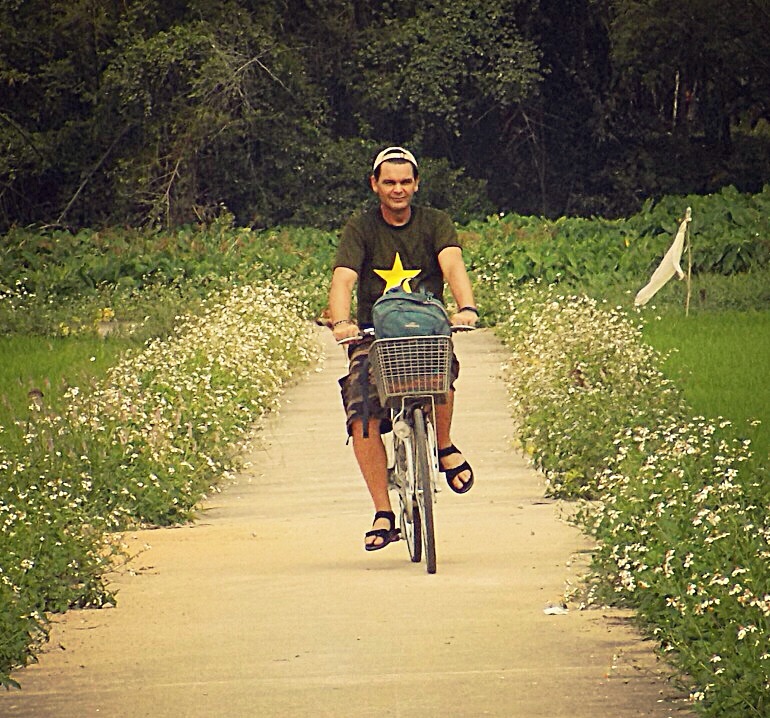 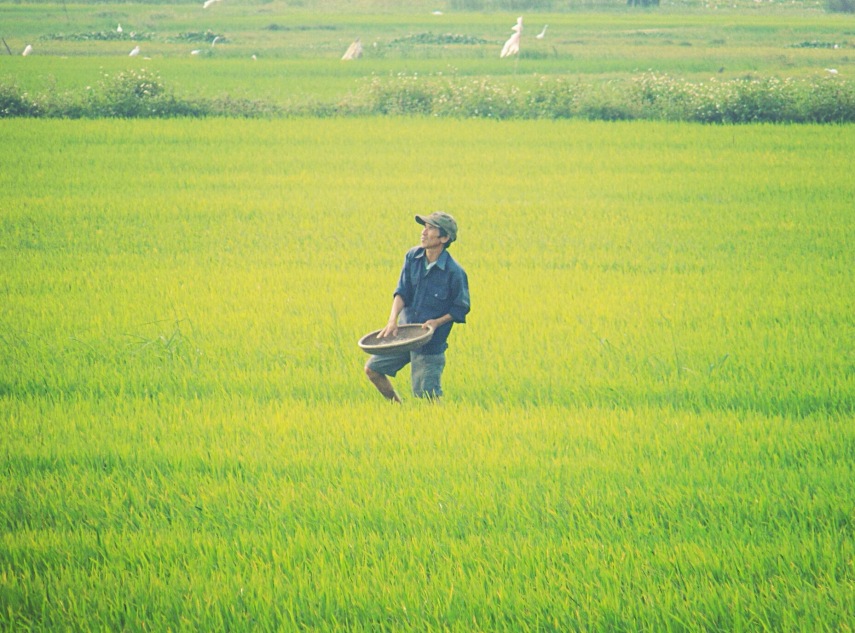 Seated on the now empty riverbank, a few sad lanterns caught in the weeds for company, Andrew noticed an interesting Captain making good her vessel. He prompted me to take a snapshot, so I took my camera, surreptitiously pointed it in her direction, and made a subtle click. Then, from aft, all hell broke loose from it’s moorings. Amongst a group of chain-smoking skippers sharing a pre-cruise cupper, their came a mighty roar, and one of the men let rip. He screamed and squawked, gesturing in our direction, waving his sinewy arms, making a malicious semaphore that could only have meant one thing. We’d crossed the plimsole line. We had dared to snap a cheeky shot of his boatswain as she fiddled with her sheepshank. He was very displeased to say the least, I thought perhaps this could be the start of another naval conflict in his country. With us as the enemy!

I really didn’t understand what all the hoo hah was about. I couldn’t have been the first tourist, in a city where the main source of income was tourism, to take a picture of his wife.

Perhaps he didn’t want others to know how she made her living !

We swiftly paid up and left.

This hasn’t been the first time Andrew has nearly got me killed on this trip.

A few weeks ago, whilst in Cambodia, we both decided that the very thing to sort our tired limbs after a jungle trek, was a massage. We headed to the blind masseurs, who are famous across the country for their healing hands. After our talented, sensitive healers had done their bit, Andrew absconded for a detoxifying fag, and left me to pay. I handed a hundred dollar bill to the lovely lady who had been pummelling me for over an hour, apologising for the lack of change. She assured me there was no problem, and held the note an inch from her face, attempting to study it. There was silence. She then shouted to her neighbour, who was fortunate enough to have the gift of sight, and asked him to peruse the note I had just proffered. There was another awkward moment when together they took the bill to the shop next door to have it verified for the third time. She then returned to me, with the guidance of her grocer friend, and informed me in a brusque manner that the note was a fake. Of course not, I assured her, oh yes, she assured me, it most definitely was, as it had ‘COPY’ stamped across it in big red letters! I looked down and immediately saw the scarlet giveaway. I went the same colour. I apologised profusely, blaming the prescription in my glasses, telling them I would be having words with ‘Specsavers’ in Marbella on my return home. It was just a mistaken case of the blind bleeding the blind! Needless to say they did not see the funny side !

When Andrew told me later that he had earlier found the note on the pavement and put it into the wallet as I joke, I also failed to be completely amused. I could have beaten him black and blue with a white stick if I’d had one to hand. Imagine, they had thought I had played a cruel game of blindman’s bluff – I felt terrible – even though I had been completely shortsighted!

So now, having regained full sight, Mr Kennedy and I have decided to split for a while. He is to remain static, no doubt due to the static that has built up between us after nearly two months of sharing a ruck-sack and a toothbrush, and I am to move on. I need to rediscover my inner Tin Tin, the teenage explorer which still survives within my adult body, kicking and struggling to get free. It is almost too pleasant here, more a destination for an exotic ‘Thomson’s’ holiday rather than the esoteric ‘Thomson Twins’! 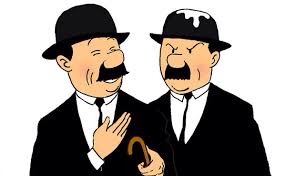 Must be the gypsy in me! As I young family we decamped quite often, making homes in Australia, Cornwall, Dorset and several parts of London, north and south. All of this before the age of fourteen. I think my darling mother must have required movement in order to distract her from my father’s distractions. Let’s just say my beautiful sister and I got very good at packing! 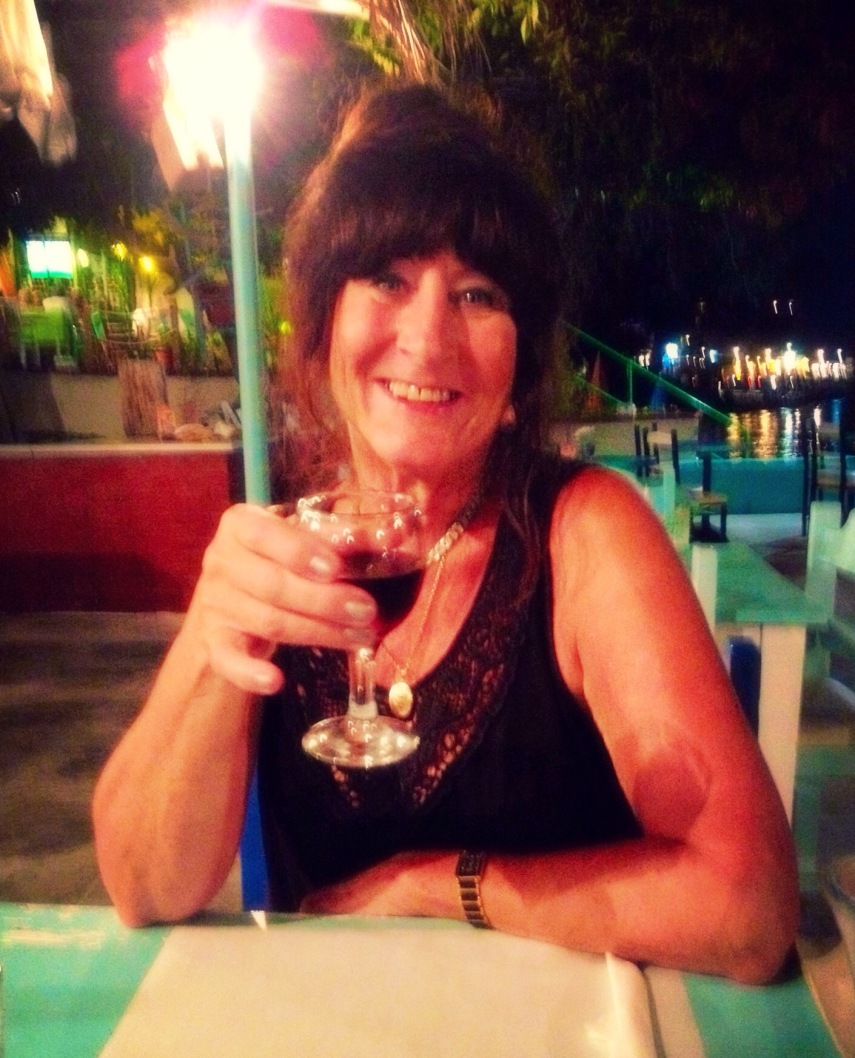 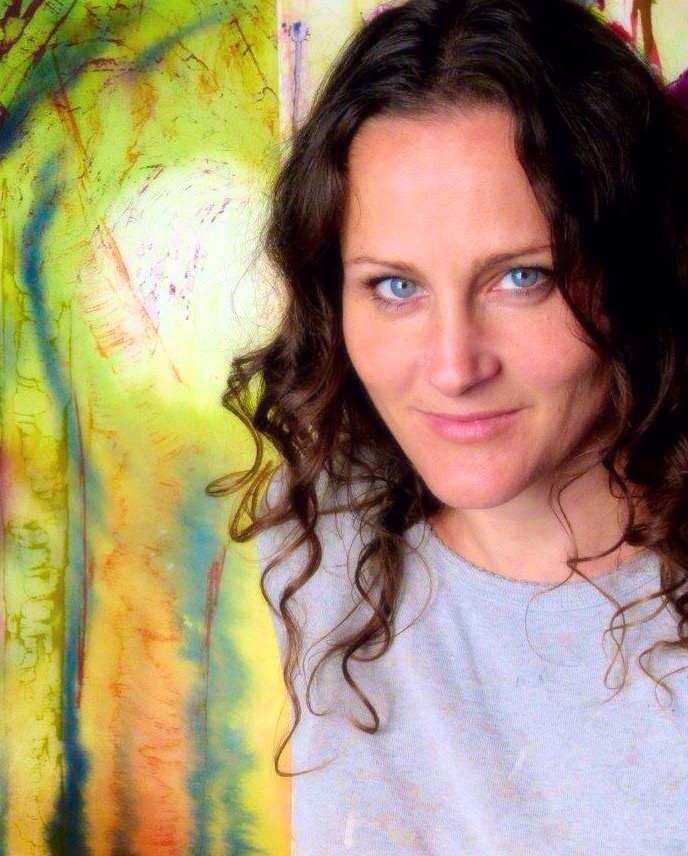 Andrew, on the other hand, comes from a family who were much more stable, geographically, if not mentally! He, therefore, sometimes has a strong desire to linger, much like the cigarette smoke he constantly produces.

So be it ! The time has arrived for me to go off piste, rather than off pissed!

I have always had itchy feet. My mum used to blame this condition on the regular bouts of Athelete’s Foot from which I suffered as a teenager. But I knew otherwise. My heroes were never Kevin Keegan or Pele – I only wanted to play ball with this great planet of ours. I wasn’t concerned with watching ‘The Harlem Globetrotters’, only visiting that famous district of New York City and trotting round the globe myself. I eschewed ‘The Beano’ and ‘The Dandy’ for ‘Herge’s Adventures Of Tin Tin. I could imagine nothing more adventurous or thrilling as a boy and his dog travelling the world together and meeting such colourful characters?

And so I am to become that boy once again. A little more frayed around the edges and without my trusty canine companion, I am casting off on a solo voyage of discovery.

I have bid adieu, or rather, au revoir to my own gorgeous Captain Haddock, leaving him to his own devices in his solitary hammock. We plan to meet again in a weeks’s time in the Vietnamese capital of Hanoi. 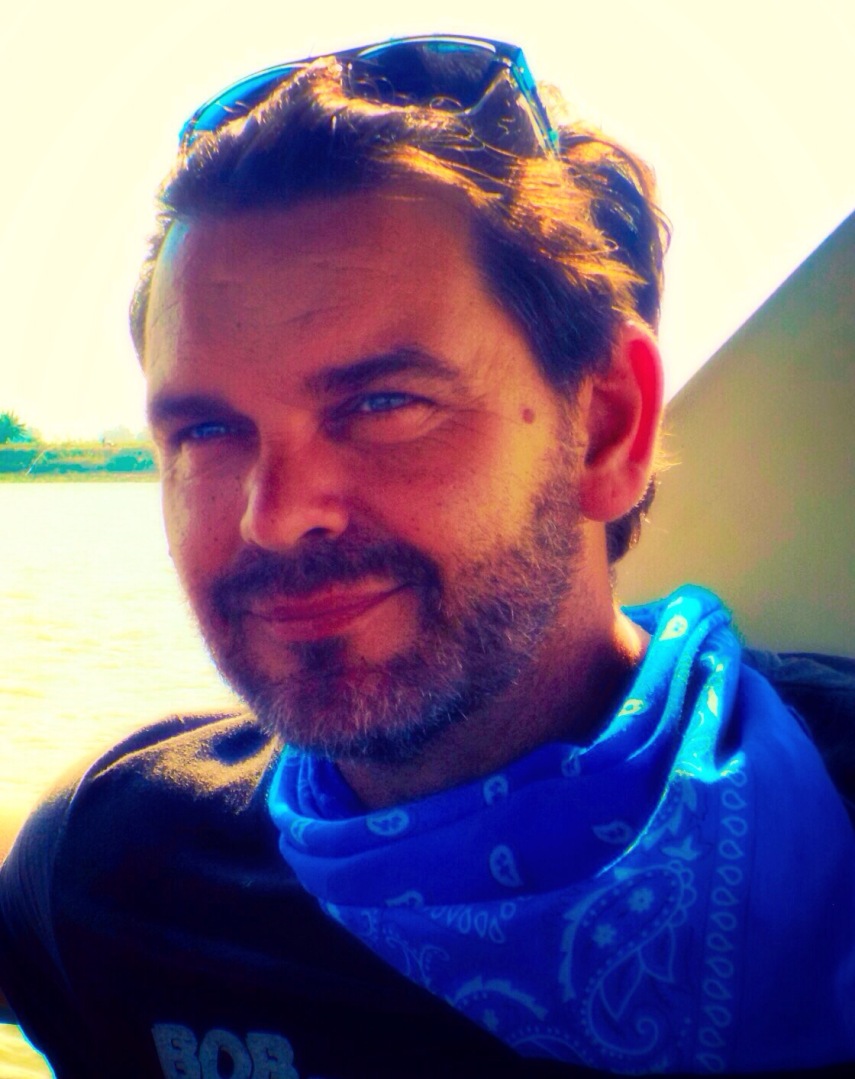 Unless, of course, somewhere else takes my fancy ……..